Dundee United's first and most famous fanzine was called 'The Final Hurdle'.

It was first printed in March 1988, by Lord Watson of Invergowrie (Mike Watson, MSP), former Scottish Executive Minister for Tourism, Culture and Sport, and famously originally coined the term 'Arabs' during the 1990's.

Penned for most of its time by Steve Malone and Martin Manzi, The Final Hurdle won The Sunday Times award for Scotland’s Fanzine of the Year in 1996. 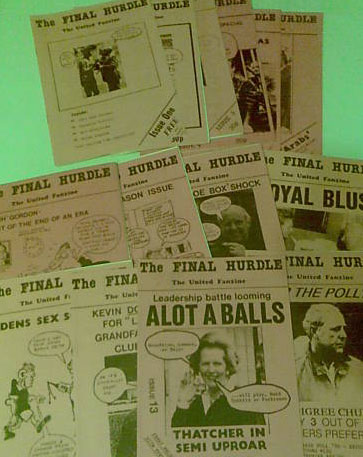