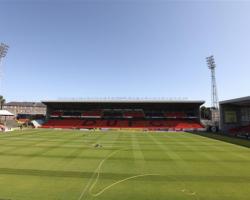 United maintain European hopes Dundee United deservedly overcame Inverness at Tannadice 2-1 to keep alive their hopes of qualifying for Europe.Jackie McNamara's side continued their recent run of fine form thanks to second-half goals from Ryan Gauld and Ryan Dow, which were enough to give them the points despite substitute Liam Polworth's late strike for John Hughes' men.It now means they are five points behind second-placed Aberdeen

who they face this weekend, while Caley Thistle's European aspirations look something of a long shot.However, the visitors began brightest by forging the first real attack inside five minutes.Josh Meekings fed a pass to Billy McKay, and he had nothing else on his mind but to try his luck from outside the penalty area

The Northern Ireland ace unleashed a left-foot shot which Radoslaw Cierzniak had to look lively to gather with both hands.That stung the hosts into action and Gauld set up Dow and from 12 yards his effort was comfortably saved by Inverness goalkeeper Dean Brill.Inverness' Ross Draper was fortunate not to become the first player to enter referee Euan Norris' book for going in late on Gauld midway through the first half.Soon after Richie Foran attempted to lift things with a speculative shot from distance which was never going to seriously trouble Dundee United keeper Cierzniak.They did, though, come within inches of taking the lead with a well-crafted move on the half hour.Greg Tansey's defence-splitting pass was perfect for McKay to run onto inside the left channel

McKay looked like he had claimed his 22nd goal of the season, only for Gavin Gunning to race back in time to clear his effort off the line.Then, at the other end, United's Nadir Ciftci rifled in an effort from the edge of the penalty area which Brill was relieved so see speed low past his right-hand post.There was more purpose about the home team after the break and that was rewarded with the opening goal in the 49th minute.A flowing move saw Andrew Robertson release Stuart Armstrong, whose pass then found Gauld

Gauld's first effort was blocked on the line by full-back Graeme Shinnie, but from the rebound the teenager made no mistake by despatching the ball into the empty net from close-range.United set about looking to add to their tally and soon after Ciftci saw his curling free-kick just clear the bar.They did not have to wait too much longer before increasing their lead in farcical circumstances in the 76th minute.Brill rolled the ball out to Meekings, who gave it back to his keeper

But Brill succeeded in only rattling the ball off Dow, who had the simple task of knocking the ball home from a matter of yards.Inverness substitute Polworth, pulled one back in spectacular fashion five minutes later, drilling the ball into Cierzniak's top corner from fully 30 yards.But it was not enough to trouble the hosts towards the end, who deserved their latest victory on the strength of their second half performance