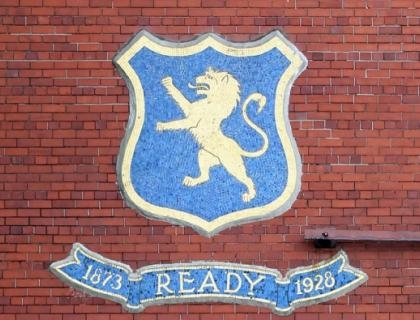 Please regard this as the nightlead

Inverness retained their position at the top of the Scottish Premiership after beating a disappointing Dundee United 1-0 at Tannadice.

McKay struck the only goal of the game in 20 minutes and the Highlanders should have won by more but will be satisfied with theirimpressive start, while their lacklustre opponents look as though they have a lot of work ahead of them this season.

United boss Jackie McNamara had called beforehand for his players to turn Tannadice into a fortress having struggled on home soil last season.

But it was the visitors who threatened first in 12 minutes.

A flowing move involving Ross Draper and McKay saw the ball being laid into the path of the on-rushing Graeme Shinnie.

Shinnie took a touch before unleashing a low shot from 12 yards which United keeper Radoslaw Cierzniak saved with his legs at the expense of a corner.

The visitors went ahead after 20 minutes.

Skipper Richie Foran's speculative shot from outside the box was deflected by Calum Butcher into McKay's path.

The Northern Ireland ace pounced on the opportunity, held off Arabs skipper Sean Dillon, and calmly lofted the ball over the advancing Cierzniak for a classy opener.

From 12 yards, it was a half-chance to level but Rankin's volley on his weaker right-foot went wide.

Then, a few minutes later, Nick Ross' free-kick picked out Warren but he could not keep his header down and the chance was wasted.

On the half-hour mark, there was controversy as Foran went over the ball on United winger Gary Mackay-Steven near the halfway line, provoking an angry reaction from the home players.

But as the home fans called for Foran to be sent-off, referee Steven McLean decided to show him only a yellow card.

United's Keith Watson along with Warren were also both booked for their part in the flare-up.

In 41 minutes, on-loan Blackburn striker David Goodwillie set up Stuart Armstrong inside the box but his shot was easily saved by Inverness keeper Dean Brill.

At the start of the second-half, Aaron Doran's cross looked to be going nowhere until McKay somehow managed to make contact at the far postwith a header which went just inches wide.

It was one-way traffic and next up was James Vincent to try his luck from distance after McKay- lay-off, but his effort flew wide.

United has a golden opportunity to level in 72 minutes.

Mackay-Steven broke free down the left and crossed perfectly for Goodwillie but with the goal at his mercy he could not hit the target.

His shot was headed away by Inverness defender David Raven and from the rebound Watson skied his effort wide.

With seven minutes left, Shinnie should have settled things right in front of goal but somehow missed from McKay's inch-perfect cut-back.