Dundee United have played at Tannadice Park since they were first formed as Dundee Hibernian in 1909.

The ground is located on Tannadice Street in the Clepington area of the city, only 170 yards from the Dundee FC ground Dens Park.

The two are the closest senior football grounds anywhere in the world.

The club has only ever played one home fixture at another venue - a League Cup tie against Rangers at Dens Park in March 1947, switched because of snow despite the two grounds being so close.

The official record attendance at Tannadice remains the 28,000 who watched the club's Inter-Cities Fairs Cup match against Barcelona on 16 November 1966.

Tannadice is currently an all-seater stadium with a capacity of 14,223. 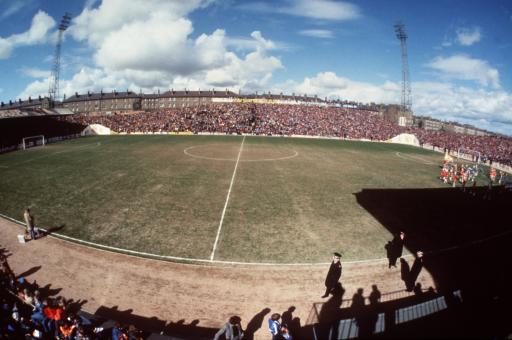 An old picture of Tannadice Park